The Fourth Thing I Learned On Tinder 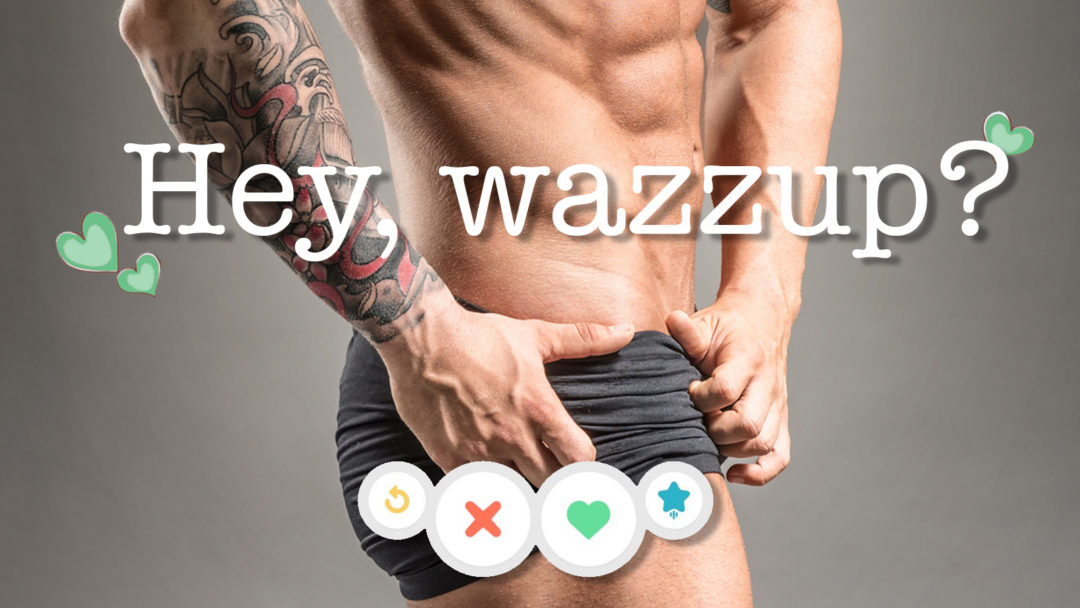 You’d think this would be something I would already know, but I was raised in a house of girls… and one father. My dad having a penis was not something I was comfortable thinking about.

When I went on Tinder, a forty-plus single mom of two, I had only seen three adult penises in my life. (Not counting the Pepperdine Water Polo team who flashed Lori Steinberg and me when we were in 7th grade, dork-frolicking in the University pool. It was my first penile exposure, and a lot all at once. In fact, I didn’t register they were penises until several years later.)

But as soon as I got in the online game, I learned the legendary “dick pic” was alive and well. I was immediately schooled in something I’d assumed was only urban legend – something only politicians and professional football players would be stupid enough to attempt.

2. a nickname for a dude stupid enough to be tricked into
sending picture of his dick to another dude’s phone.

3. the electronic transfer of a man’s genitals to a woman’s cell phone: “I was taking my grandma to church when this dude dick picked me. What a douchebag.”

More on this later.

Why a male would do this is beyond comprehension and can only be attributed to some yet to be discovered imbalance existing in the chromosomal makeup of males.

Let’s face it; an erect schlong looks an awful lot like… well, like a toe. And we know how us gals feel about those. Seriously dudes, we’d rather look at pictures of kittens, or better yet: food.

But if dick picking is part and parcel of the new 21st century mating ritual, then so be it. I am here to help you through. Consider me your “dick whisperer.”

1. Only the Vin Diesels send dick pics. Ryan/Tom will NEVER send you one. The e.e. cummings will want to send one. He might bring it up in a text. Dangle the issue, hoping you make the request. But he will never follow through. If he does, then he’s a Vin Diesel pretending to be an e.e. cummings.

2. If a man sends you a dick pic, he will most likely have one or all of the following attributes:

– Muscles.
– Tattoos.
– Motorcycle and/or speedboat.
– Ability to fix and build things.
– Lack of hair (in most, if not all areas of the body).
– Tan, often shiny skin, like he’s been working out at the beach.
(Though most likely it’s a thin layer of his kid’s baby oil carefully applied for photo).
– Enjoys beer.
– Rockin’ bod.
– Ability to save your life in a pinch.

3. If a dude is not a Vin Diesel, does not have five or more of these attributes, yet still sends you a dick pic, then he is a perv, run for the hills and report him to the online dating police. Seriously, gals, there are some real freaks out there. We must look out for each other.

HOW TO TELL IF A DICK PIC IS EN ROUTE:

The rule: A dude must never send a dick pic unless asked for one. And generally, the only gals asking are drunk brides-to-be, or a pack of inebriated housewives. (NOTE: You are allowed one free-pass dick pic request.)

Bottom line, an unrequested dick pic is not a welcome surprise. You are, in essence, being “flashed.”

But don’t fret. There tends to be a general text exchange that occurs when a dude is preparing to flash you. See below: 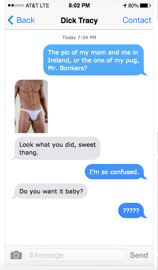 INCOMING! Photo of his fully hard, veined, and hairless cock.
You wonder about his depilatory methods.
I told you to look away.
You didn’t look away did you?

WHEN CHILDREN ARE INVOLVED:

Dick pics are especially perverse and disconcerting when you are in bed on a Saturday morning cuddling with your kiddies and a penis flies across your cell phone screen. This unpleasant scenario requires the effective, albeit difficult “Grab, Stash, and Roll” procedure, which can be painful and may cause bruising if not correctly executed. (See emergency pull-out below)

For when you are snuggling in bed with your child and a dick pic flies across your cell phone screen.* 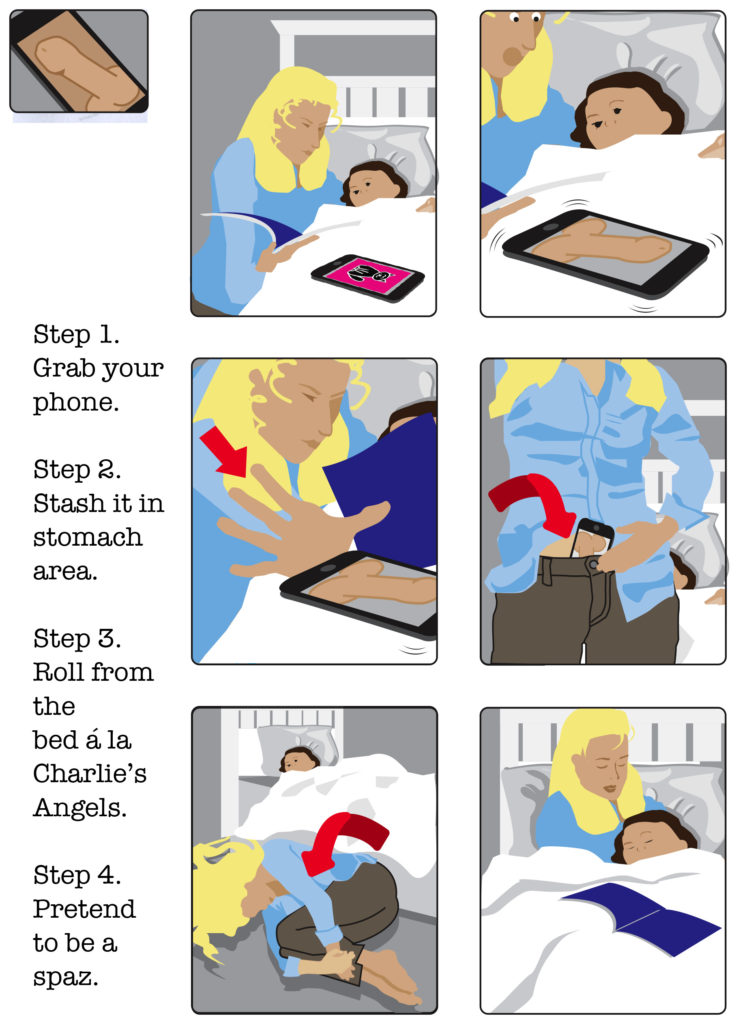 * Also works with mothers and grandmothers.