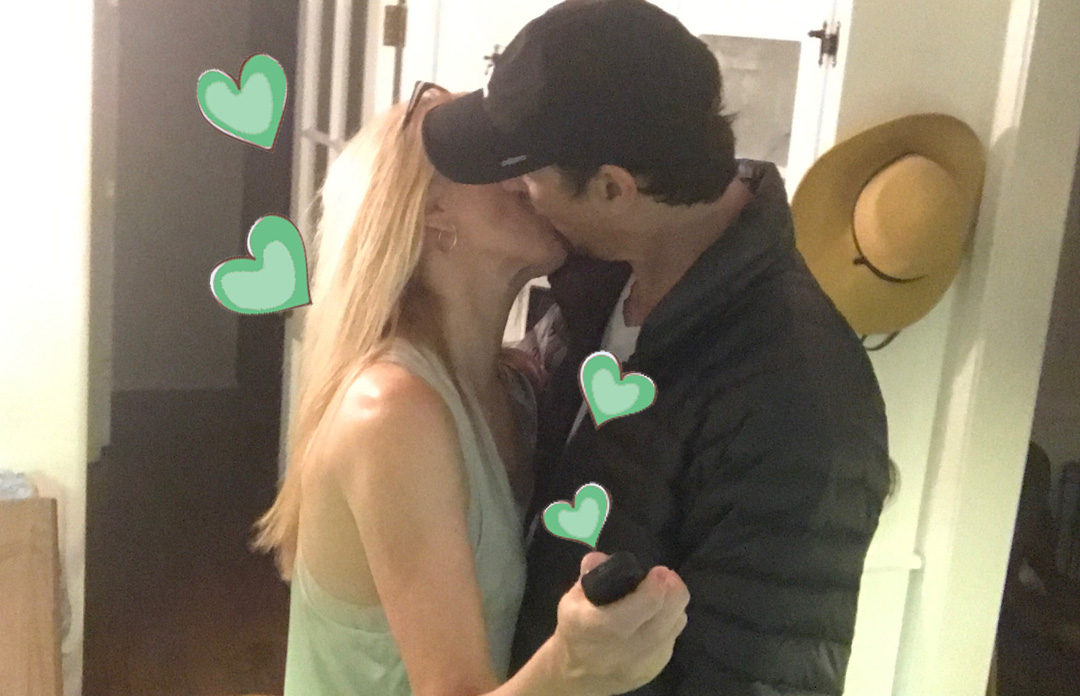 Way back in the olden days, before Tinder, online dating, the Internet, texting, cell phones, and even My Space, courtship was somewhat uncomplicated:

A. On any given Saturday night, gal would go out with friends, spot dude, bat eyelashes, meet said dude.

B. Gal and dude would go on date… then several more.

C. Dude would give gal a piece of jewelry. Girl would flash jewelry at seething single friends, explaining she and dude were exclusive (a/k/a going steady).

E. Three months later there would be sex.

NOTE:  Gal would share sex info only with closest friends, not wanting to be viewed as “slut.”  Meanwhile dude secretly sleeps with sluts as gal would only do missionary.

F. Four months later, there would be an engagement.

I. Fifteen years later, half of couples divorce.  Gal moves into apartment with kids, gets job at Albertsons, sells wedding ring for trip to Club Med.

Easy! Nine steps to matrimony, and a fifty-percent chance of happily ever after.

In the 21st Century, with the advent of on-line dating and the morning after pill, romance is a whole new ball of lint.  No longer must a girl needlessly attend boring sporting events, hang out at bars sucking down calories and throwing down cash. Gone are the days of going to the gym, libraries, art museums and jazz concerts in the park to meet men.  Jogging, hiking, learning to golf – a thing of the past!

Now all a girl has to do to meet the dude of her dreams is to sit on her lazy ass in front of a Law & Order repeat with a pint of Ben and Jerry’s and a cell phone. Thanks to Tinder and its online cousins, there’s a whole new template for modern romance:

A.   On any given Saturday night, gal flops on couch in sweats and stained Hello Kitty T-shirt, mindlessly swipes Tinder.

B.   Gal aimlessly “Likes” every dude within realm of possibility.  Considers getting drunk and/or not wearing glasses as viable option to lowering standards so she can collect more “Likes.”

(NOTE: At no time does anyone acknowledge dick pic or sexting.)

J.   Gal obsessively tracks dude via Tinder GPS feature.  “SHIT! He said he was visiting his mom in Barstow.  Asshole!!!”

L.   Gal and dude have second date:  Make out in car, on sand, or golf course depending on city and public ordinances.

O.   Gal continues to Tinder stalk, dismayed by dude’s continued Tinder lying – even after getting balls-deep with her.  Gal’s imagination runs wild.

NOTE: If you are 23% of the population, and scenario “P” does not occur, the following will transpire:

•modern equivalent of “getting a piece of jewelry” once practiced
amongst homosapiens in pre-21st century era.

R.   Gal calls mother and all known friends; changes relationship status on Facebook to “In A Relationship”; Tweets, Instagrams, and utilizes all existing forms of technology to publicize her completion of the G.O.T ritual.  Experiences 24 hours of fanatical joy.

NOTE:  If you are 11.5% of the population, and scenario “T” does not occur, the following will transpire:

U.   Six months later there is an engagement.

NOTE: If you are 2% of the population, and scenario “X” does not occur, the following will transpire:

Y.  There is an actual fucking wedding.

NOTE: Fifteen years later, half of couples will divorce.